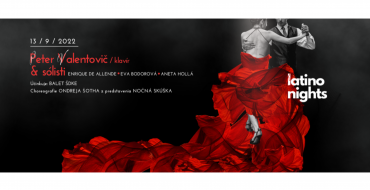 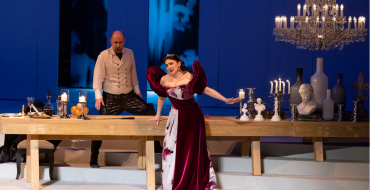 Opera
Giacomo Puccini: TOSCA
One of the most presented operas coming back after twenty years

The story of a beautiful and fragile singer Tosca, a passionate painter Cavaradossi and sadistic police chief Scarpia with captivating melodies by Giacomo Puccini that have become immortal. 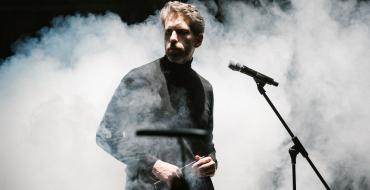 Už stačí / Ich Habe Genug is a theatrical project aiming to help the discussion on equality and tolerance among people. 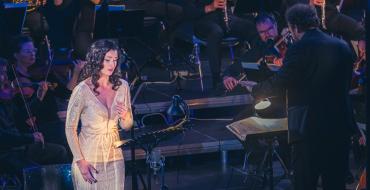 In 1977, when they played Symphony No. 3 'Symphony of Sorrowful Songs' by Henryk Gorecki (1933 - 2010) for the first time at the festival in French Royane, nobody seemed to take a special note of this remarkable work. It gained a lukewarm reception by critiques; even it was described as tonal and hence retrogressive. In 1993, however, the CD record of the work appeared on the list of greatest hits in the Great Britain; it was interpreted by American soprano Dawn Upshaw and conducted by David Zinman. In USA, the work has dominated the greatest hits of classic music for 38 weeks. They sold in total more than million CDs.

Opera
Jules Massenet: WERTHER
Košice premiere of the opera based on Goethe’s

The Suffering of Young Werther, a novel by J. W. Goethe about a noble and passionate young man who is torn by the miseries of unhappy love until he finally chooses voluntary death. This story struck a small earthquake in Germany at the end of the 18th century: it became a "cult" book of the then young generation and fundamentally influenced their sense of life. Werther has become the embodiment of unbridled emotionality, which is freed from the shackles of social conventions. 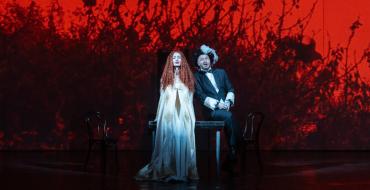 Opera Roberto Devereux draws the theme from English history and it is the third portrayal of the Queen Elizabeth I.