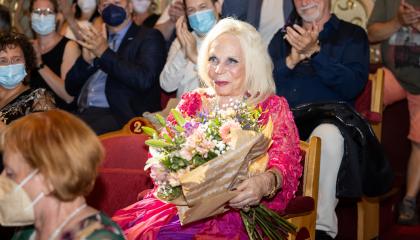 With two performances of Emmerich Kálmán´s operetta The Duchess of Chicago, on Monday 12th September and Wednesday 14th September, the opera of State Theatre Košice will open new theatre season. The first one especially will be an extraordinary event. It will be dedicated to the artistic patroness of performance, Ms. Yvonne Kálmán, who arrives from USA to Košice once again, to celebrate with Košice´s Duchess of Chicago her beautiful 85th birthday.

„On behalf of all theatre staff and also supporters of our theatre, I wish Ms. Yvonne for her recent birthday a good health, love, happiness, wellbeing and many more joint projects of The State Theatre Košice and Emmerich Kálmán. It is our great privilege and honor, that after two visits last year in July and September, Ms. Yvonne Kálmán, Grande Dame of operetta and daughter of the famous operetta composer Emmerich Kálmán and ambassador of his music, returns to our theatre. She will be accompanied by her friends and fans of operetta from USA and Mexico, but also guests from other countries. The operetta performance The Duchess of Chicago dedicated to Ms. Yvonne and her jubilee will also be attended by one of the world´s most important opera critics, Mr. Manuel Brug, who is among other things a contributor to the renowned German magazine Die Welt.“ says director of opera, Roland Khern Tóth.

The title character of an American billionaire Mary will be played in both performances by an outstanding Eva Bodorová, the recent holder of a Minister of culture award. In a character of Prince Boris will theatergoers see a home soloist Titusz Tóbisz, about whom Ms. Yvonne said after the premieres, that he perfectly portrays her father´s idea of this character. Spectators can also look forward to excellent performances by opera soloists, drama actors and ballet dancers, as well as the choir and orchestra. All this under a baton of a chief conductor of the opera, Peter Valentovič.

Right at the beginning of the season, the beautiful operetta melodies await the audience at the State Theatre Košice. They will experience a battle between American jazz and Hungarian czardas, a fashion show with Marilyn Monroe and characters from Disney fairytales, but also a bet of three billionaire friends from America, that want to buy the entire kingdom with Prince Boris, but above all: a happy ending and the love of three generations. 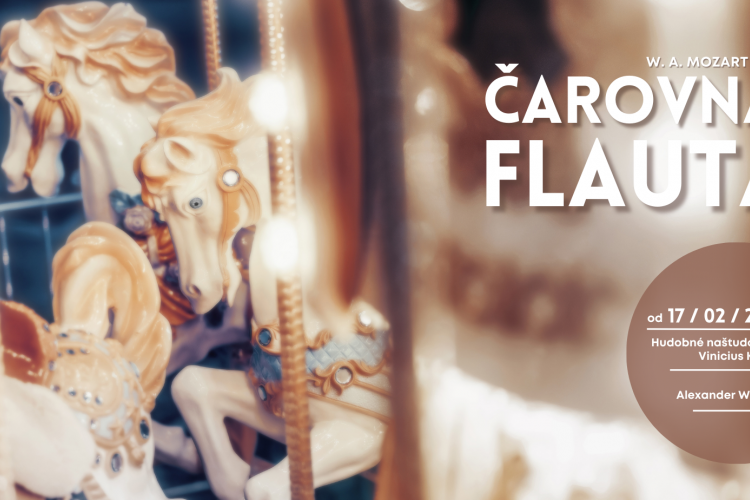