Opera
Opera Will Dedicate One of the Performances to Imrich Gál 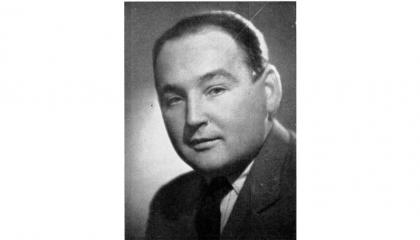 Slovak opera world is going to commemorate the 110th anniversary of birth of excellent baritone singer Imrich Gál at the beginning of July. He was a leading soloist of the Slovak National Theater but he also left a significant trace in Košice. He moved to the east of Slovakia for a certain period of time at the initiative of Janko Borodáč and he belonged to founding members of the opera ensemble of newly established State Theater in Košice. Košice period of 1945-1952 belonged among possibly the most prolific one in his career mostly from the point of view of the significance of the individual characters. Opera of the State Theater in Košice will commemorate the anniversary in the upcoming season 2020/2021 when it will dedicate one if its performances to Imrich Gál. His son Imrich Gál III will tell us more about the life course of the baritone singer in publicistically processed biography.

SANG IN THE WIND.

Centenary plus ten years is a long enough time in the development of civilization, let alone in a life of a person. When someone celebrates their centenary, it is a precious jubilee. On the other hand, such anniversary is a sad celebration if the person does not live to celebrate it. This year, Umrich Gál, native from Frašták, would celebrate his hundredth birthday.

Written documents state his most important dates as follows: born on July 7, 1910, died on February 9, 1977 in Bratislava. As he himself kept saying with a smile on his face, he grew up in a sugar yard in Trnava where his father, also called Imrich, “boiled” sugar. In his youth, Imrich Gál II was quite a successful swimmer and water polo player thanks to which he acquired an enormous lung capacity and he later used in opera. In 1930s, he swam 100m breaststroke in the then best time on the first Czechoslovak republic, however, that time would not be enough even for a solid placement in the race of the senior students. He also played water polo. Swimming had probably a strong influence on his musculature, especially the chest - his chest girth was 140cm what was truly phenomenal with his height of 170cm. Arnold Schwarzenneger had the girth of 150cm in times of his greatest glory. However, it was not always an advantage. Both of them had to have tailor-made suits and shirts.

He originally graduated from the Business Academy (1932). In 1934-1939, he worked at the Ministry of Education but he was better at singing. He actively started singing rather late (in the second half of his twenties) but to no detriment. He finished studying singing (1973) at Music and Drama Academy in Bratislava under then recognized singing teacher Josef Egem who raised the first Slovak generation of opera singers.

Soft, lyrical, warm baritone, caressing soul and ears, clear and comprehensible declamation, ability to oversing (not overshout) the orchestra’s fortissimo in the pit predestined him to a career of an opera soloist.  And it was not just any - he sang many characters and their number reached almost hundred until the end of his career.

Imrich Gál sang in the Slovak National Theater until the end of 1947. After the Second World War, Janko Borodáč, one of the founders and builders of the Slovak professional theater, was assigned to restore the East Slovak National Theater (State Theater in Košice today). At his initiative, Imrich Gál moved to Košice. He sang tens of roles here and his work in Košice was probably his most prolific one in his career, mostly from the point of view of the significance of the individual characters. Let’s mention at least Rigoletto, Nabucco, Count Luna in The Troubadour, Giorgio Germont in Traviata, Renato in A Masked Ball, Amonasro in Aida, Baron Scarpia in Tosca, Boris Godunov, Morles in Carmen, Count Amalviva in Marriage of Figaro, Papageno in The Magic Flute, Silvio in Pagliacci, Alfio in Cavalleria Rusticana, Valentino in Faust, Zurga in The Pearl Fishers, Hunter in Rusalka, Tomeš in Hubička, Rene in Masquerade or Sharpless in Madame Butterfly. In October 1947, he sang in a premiere of the first Ukrainian opera in Slovakia Záporožec za Dunajom by Semen Hulak Artemovskyj in the main role as Cossack Ivan. In a bulletin for the performance, director Juraj Šeregij stated that “...his lyrical baritone sounds melodically and convincingly.”

Calling of the capital and the Slovak National Theater was strong and despite a very good position in the opera of the East Slovak Theater, I. Gál decided to return to opera in Bratislava. He followed Janko Borodáč again, whose steps also headed for the capital. Meanwhile, Franjo Hvastija had strengthened his position of baritone number one, he was still strong but in many cases, they double-casted the individual roles.  Overall, during the second stage of his work in the Slovak National Theater, I. Gál sang almost 40 characters, however, not all of them reached the significance of those which he played in Košice. However, he also sang a few bizarre characters from works that are not performed anymore, such as Koš in Psohlavci by Karl Kovařovic, Chirkin in Into the Storm by Tikhon Khrennikov, Matheo in Fra Diavolo by D. F.  E. Auber, Peter in Hansel and Gretel by Engelbert Humperdinck, coachman in The Trial of Lucullus by Paul Dessau, Adam from Hradec in opera Zuzana Vojířová by Jiří Pauer. He also sang in the Slovak operas - the elder in Svätopluk by Eugen Suchoň, pasha Ibrahim in Beg Bajazid and Mikuš in Juro Jánošík by Ján Cikker. 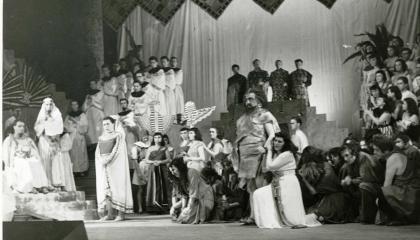 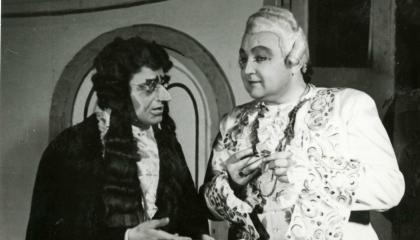 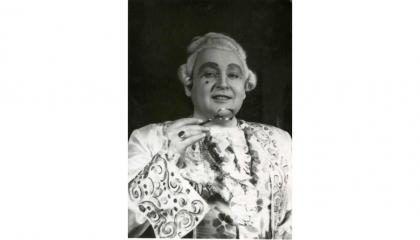 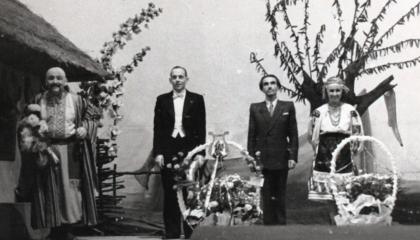 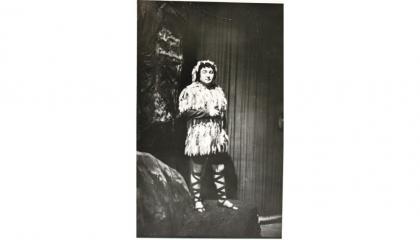 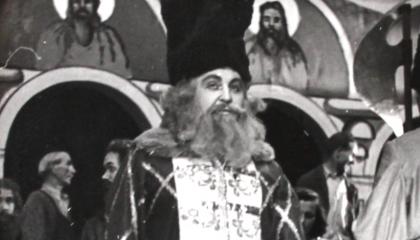