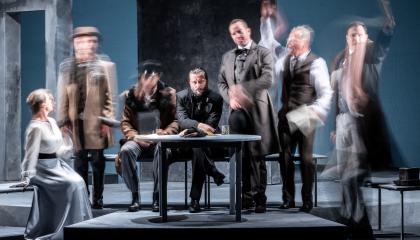 The performance was created with the support of:

Demons (in Slovak: Diablom posadnutí) is an anti-nihilistic novel, social and political satire, psychological drama, and an allegory depicting catastrophic impacts of political and moral nihilism.

The theatre adaptation is presented at the 200th anniversary of the birth of one of the greatest writers of all times.

"A large herd of pigs was feeding there on the hillside. The demons begged Jesus to let them go into the pigs, and he gave them permission. When the demons came out of the man, they went into the pigs, and the herd rushed down the steep bank into the lake and was drowned. When those tending the pigs saw what had happened, they ran off and reported this in the town and countryside, and the people went out to see what had happened. When they came to Jesus, they found the man from whom the demons had gone out, sitting at Jesus’ feet, dressed and in his right mind; and they were afraid." (Luke 8, 32-35) 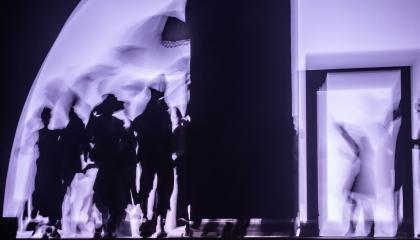 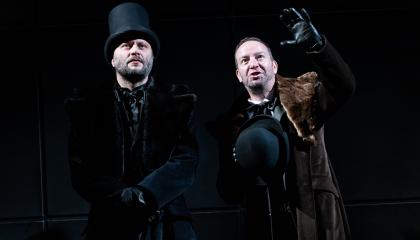 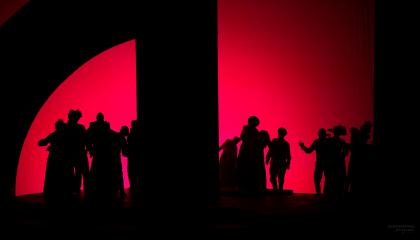 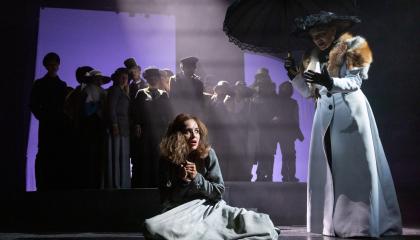 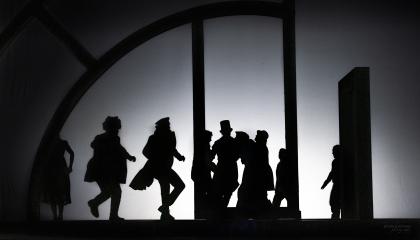 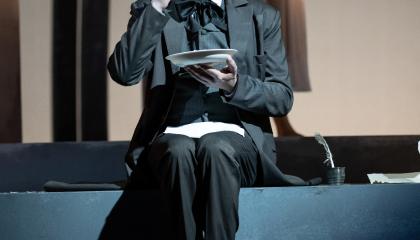 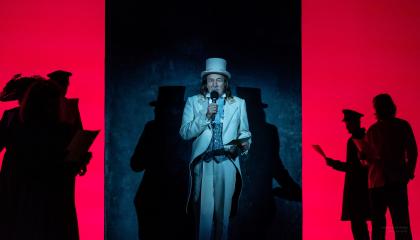 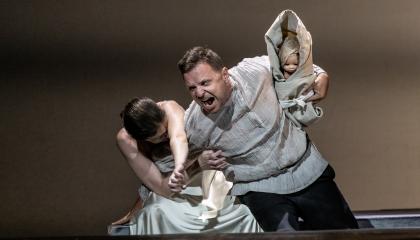 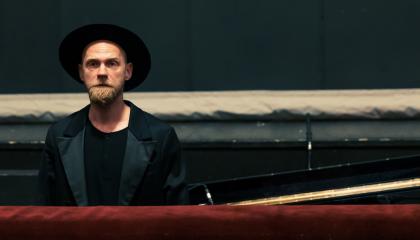 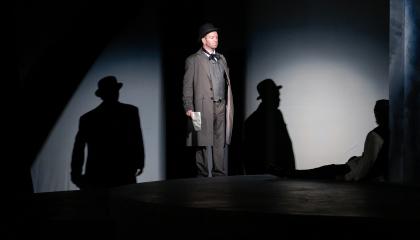 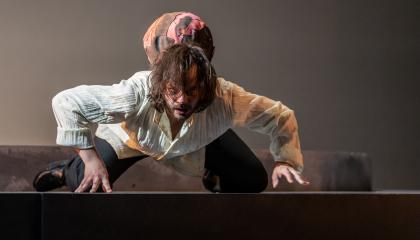 Ján Mikuš: TURN YOUR HORSES! ( The Death of Jozef Chovanec )
An original Slovak play that won the State Theatre Košice Award in Drama 2020.

Peter Weiss: MARAT/SADE
The Persecution and Assassination of Jean-Paul Marat as Performed by the Inmates of the Asylum of Charenton Under the Direction of the Marquis de Sade 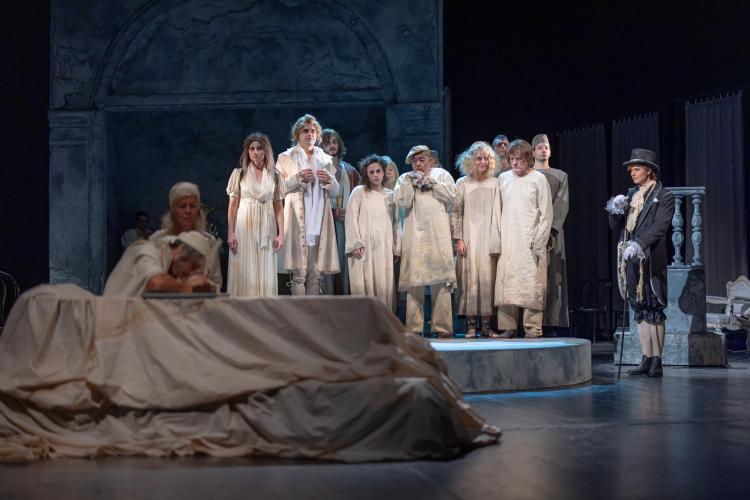 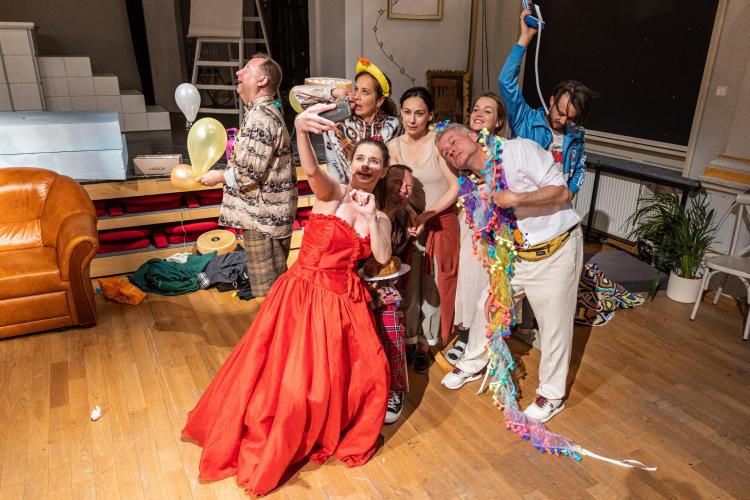 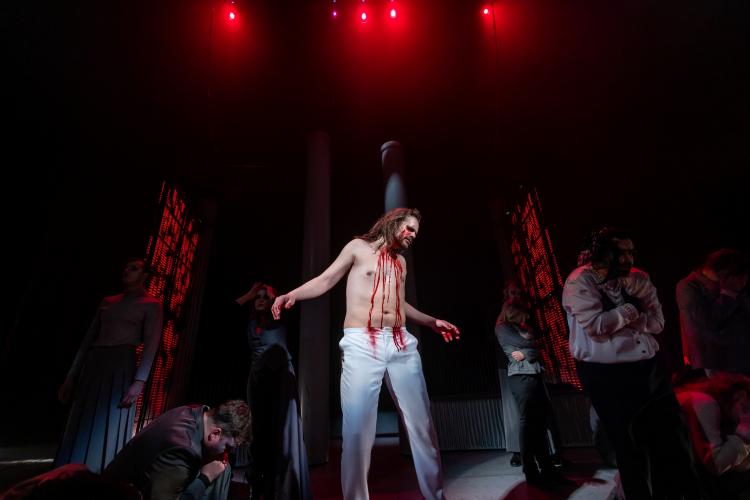 Salman Rushdie: HAROUN AND THE SEA OF STORIES
A fairy tale for the whole family 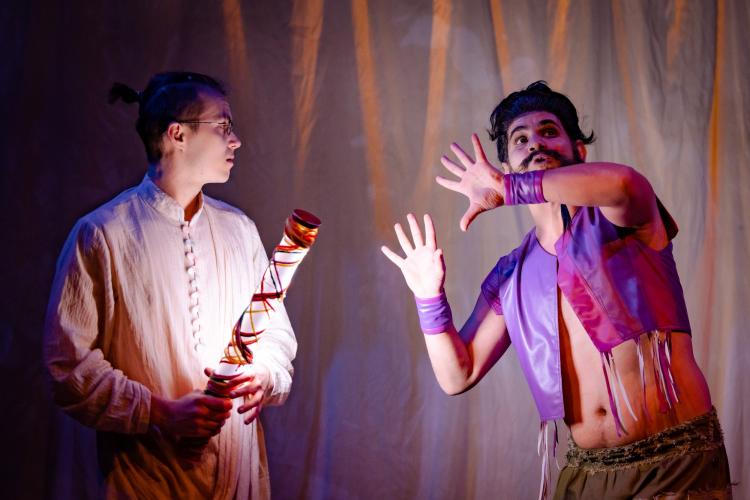