Opera
King Roger by Szymanowski will conclude his dream. 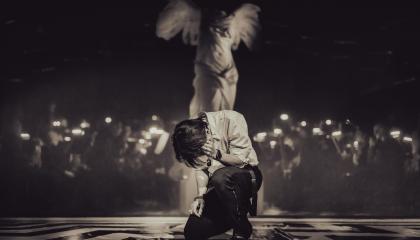 For the very first time in Slovakia, one of the best opera of the 20th century – King Roger Roger by Polish composer Karol Szymanowski, directed by Anton Korenči with music set by Peter Valentovič will be premiered on Wednesday 23rd November 19:00 o´clock, at the State Theatre Košice.

„The first opera premiere completes some kind of triptych of new productions in which we tried to make topics, that trouble us all, dramaturgically actual. The first one was „The Trial“ by director and choregrapher Jiří Bubeníček, the second one was Marat/Sade in direction of Vladimír Strnisko and this opera completes the triptych.“, said the General Director of Theatre Ondrej Šoth at pre-premiere press conference.

As the Opera Director Roland Khern Tóth added, every opera house must respond to social events. „When I planned this opera two and half years ago, we had no idea how the world would change. At that time, I saw this work through the lens of composer´s self-knowledge and some possible interpretation. Meanwhile, the world has changed. We are very proud that the Ballet, with performance Ecstasy / Pictures About Her, that became part of Slovenská tepláreň Festival, which is being held to honour two murdered young people, we will also become part of it with opera premieres of King Roger. It is a festival that opens poeples eyes and wants less hatred. King Roger is a work that strongly reacts to social themes. The work, which is asking questions that stay unsaid and bringing answers that we may be afraid of.“, said Roland Khern Tóth.

Szymanowski wrote his opera hundred years ago, when the old world was disappearing and a new world was emerging. „Although the drama was written on a historical background of 12th century, it´s the work about modern person not only of the 20th century, but also of the 21st century. Szymanowski´s opera appeals more and more opera houses and is experiencing a kind of renaissance. Its main theme is a disruption of social order, but also a marriage breakdown of king and queen. There comes a shepherd who causes all this. It´s interesting that desires and fears, or psychological backround that existed at that time are still relevant today, in 21st century.“, said dramaturgist Stanislav Trnovský.

Director Anton Korenči, according to his own words, dreamed of staging the ancient Bacchantes. „And they are the main source of inspiration of this opera. Since this opera was written in 20th century it is much closer to todays man and his perception. We tried to extract from this work what was supposed to be mysterious or hidden and reveal those secrets.“, Anton Korenči indicated the intentions of directors.

According to Chief Conductor of Opera, Peter Valentovič, the preparation of new opera production for soloists, orchester and choir was a great challenge, because they had never encoutered such a style of music. „King Roger is one of the best operas of 20th century and it was a great discovery for me as well. I knew Szymanowski´s piano works and symphonies but I came across this opera for the first time. I am extremly excited about it. I think, it will be interesting for the audience too, because we don´t often see this style in Slovakia.“, said Peter Valentovič.

The stage for new opera was designed by Ondrej Zachar. Costumes were designed by well-known Slovak fashion designer Boris Hanečka, for whom this is a third collaboration with the State Theatre Košice. „ I was fascinated by variety of scents that come from the opera itself. Man, as a human being, has a relationship with love and its various forms in every period and in the same way with anger, manipulation and power and this makes this opera very actual. And all that dreaminess is very close to me.“, Hanečka revealed.

In the title characters of King Roger, his wife Roxana and the Shepherd will be performed by guest soloists – the excelent Polish baritone Michał Partyka, the young Croatian coloratura soprano Gabriela Hrženjak, and to Košice´s audience well-known Slovak tenor Juraj Hollý, who answered the question why should spectators come to the auditorium: „ It´s something new, something intense and very emotional with an amazing light show and great soloists, orchestra and choir, something, where every single component of theatre gave their best.“ In other characters, the audience will see home soloists – Myroslava Havryliuk in the role of Deaconess, Maksym Kutsenko will intorduce himself as Arab scholar Edrisi and Michal Onufer will play the role of Archbishop.

The second premiere of the opera will take place on Friday, 25th November at 19:00.

You can watch the entire press conference on the FB profile of State Theatre Košice. 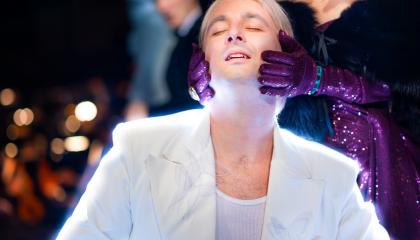 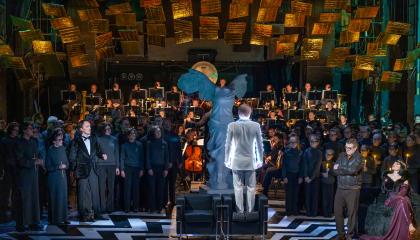 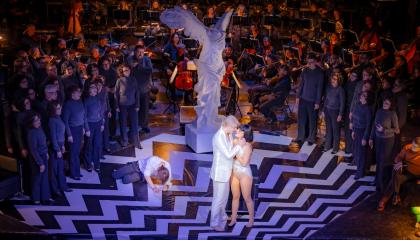 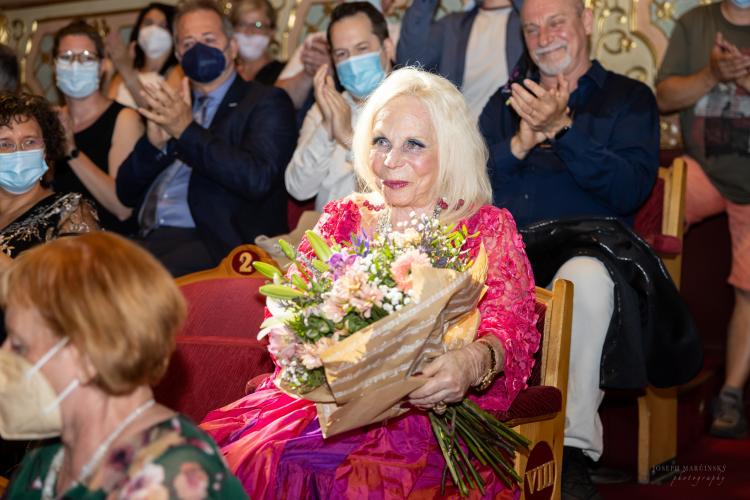